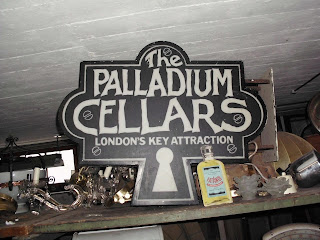 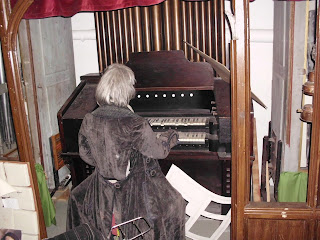 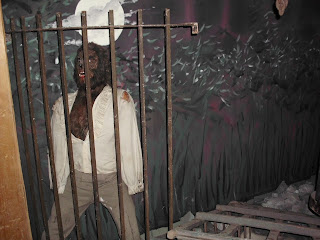 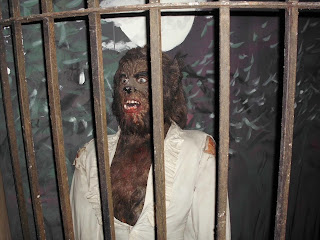 Ever wondered what happened to the figures from the Palladium Cellars? Well I certainly did, from what I heard last about them is that some of the figures were bought by a collector and then stored away, other figures went to other similar waxwork type exhibits. Well it looks like they were bought by a private collector but not here in the UK because the photos you see here were sent to me via email, there are a photos of a number of figures but I have picked out ones relevant to the Cobwebbed Room. It was so nice to see that the figures are still around even though they are looking a little worse for wear in parts. I wonder if the animatronics on these still work? Would love to see them all up and running again and the Palladium Cellars or similiar exhibit opened again with these original figures.
The photos show an original sign from the cellars, the back of The Phantom of the Opera, and 2 of The Curse of the Werewolf figure. I wonder what happended to the other horror/monster figures such as Dracula, Dr.Frankenstein and Monster, Jekyll and Hyde etc?
Posted by Paul at 11:14 pm 6 comments: Links to this post