The original horror films poster mag is back!

...Even better, it’s relaunching with a limited edition of the most scarce film magazine in the entire world... 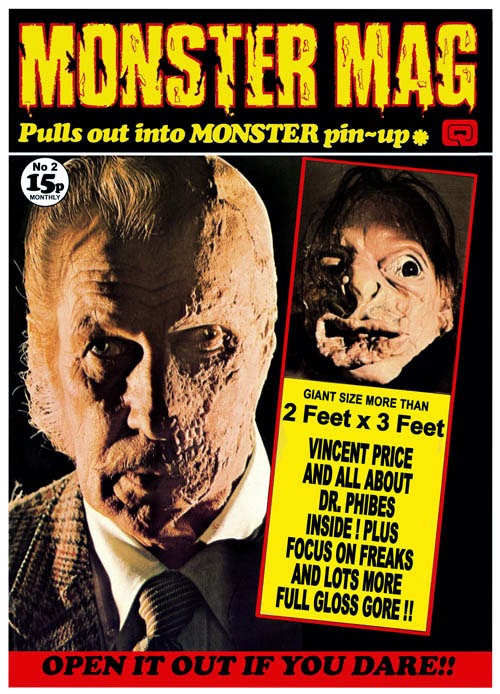 This is a digitally remastered limited edition – a faithful printing of the original, differing only in credits on the editorial page and the Quality cover symbol replacing the 1973 Warner Bros one – to avoid any passing off.


Ebay/Paypal users can order it now from: tiny.cc/MM-2.
Or check our website: http://dezskinn.com/quality-shop-1/
MONSTER MAG OVERVIEW
Long before video nasties, DVDs and downloads, MONSTER MAG ruled! The original horror films poster mag, it was launched in 1973 by prolific Dr Who scripter Roger Noel Cook and ran for 14 issues. Following a short absence it was revived by Dez Skinn in 1976 for a further three issues before morphing into The House of Hammer.
Outside of its high profile for gory content making it highly collectable among young teenagers at the time, with back issues regularly now selling for £20/$30, it has a far greater claim to fame... By accident, its second issue has become the world's most scarce film magazine.
While French and German editions can sometimes be found on eBay - where they sell for as high as $1250 - there are no copies in existence of the 1973 English language number 2, having all been destroyed by HM Customs on arrival from its Italian printer, deemed unsuitable for an all-age market. A “For Adults Only” band was added to covers from issue 3 and stickered for a rereleased issue 1.
Another frustration for collectors is that in vol 2 #3 (issue 17) editor Dez Skinn promised that the next issue would be a "Double X" Special. But it never happened. Instead the legendary House of Hammer was launched.
With Roger Cook and Dez Skinn both working together again, there's some long-overdue tidying up they're promising to prioritise...
On this revival, Skinn commented, “I must admit feeling a great debt to Monster Mag. Without it, I certainly wouldn’t have gone on to producing House of Hammer, or Starburst. And without those, there’d have been no Doctor Who Weekly, Warrior, V for Vendetta, Miracleman or any of the rest that have kept me busy these last forty odd years.

Within a year, by this time aged 18, Cook was hired by IPC rival Polystyle Publications to be in-house staff script-writer on such series as Popeye and Tom & Jerry for the weekly TV Comic. His work proved popular enough for him to be given the weekly Doctor Who scriptwriting job. Over the next few years he wrote over 200 stories, making him the most prolific Doctor Who writer in any medium.

But restless in a sea of anonymous contributors, he left the comics industry and across the next decade he burned a trail of daring and innovative products in the UK and America, his publishing ideas making millions for Warner Bros, Paul Raymond, Hugh Hefner, Felix Dennis and Richard Desmond.

Now based in Marbella, Spain, and following a 35-year break from music, Cook has returned to his first love. With over 50 million units of his songs from the last three decades in circulation, he recently signed an agreement with the Russian Music Box TV network for his material to be aired to their 80 million Pan-European viewers.

And in partnership with his old IPC colleague, ex-head of Marvel UK Dez Skinn, Cook has recently been commissioned to develop a range of film and TV production concepts for the Asian film market, Hollywood and, for European TV, a new crime thriller series.

MONSTER MAG REVIVAL EDITOR (1975 and now, 2014): DEZ SKINN
Over the last 45 years, Skinn has made a career of creating innovative new entertainment concepts and characters for and from print and screen. Having developed over 70 adventure magazines and comics he has influenced generations of teenagers, earning him the title of “The British Stan Lee”.

Despite initially being a research chemist, following a quick change to journalism for Yorkshire Newspapers’ DONCASTER EVENING POST, Skinn moved to London in 1970 to work at IPC Magazines, writing and editing for children’s weekly comics including WHIZZER & CHIPS, COR!! and BUSTER as well as for TV’s The Two Ronnies.

In 1975 he left IPC for the publishing side of Warner Bros where he ran MAD MAGAZINE, TARZAN and a range of teen titles. It was here, a few months after reviving Roger Cook’s 1973-launched MONSTER MAG that he created the award-winning HOUSE OF HAMMER magazine, licensed from the renowned horror film company.

Leaving Warner Bros in 1977, he created STARBURST as a cult entertainment magazine which he then sold to MARVEL COMICS when headhunted to revitalise the company’s UK publishing. As their editorial director he was responsible for the future of such characters as SPIDER-MAN, THE AVENGERS and THE INCREDIBLE HULK. At the suggestion of his immediate superior, Stan Lee, he began writing a weekly editorial SEZ DEZ which appeared in the full line of Marvel titles, giving his column an audience of over half a million readers. It was also for Marvel that he created and launched the DOCTOR WHO MAGAZINE, recently winning him a Guinness World Record for the world’s longest-running TV tie-in title. Timeslip, a 2-issue serial he wrote as a fill-in for the weekly has become the most reprinted Doctor Who story ever.

Going independent once again in 1982, he launched WARRIOR as a nationally-distributed comic magazine anthology. This title was the birthplace for then new writer Alan Moore’s assigned V FOR VENDETTA, later sold to Warner Bros as a graphic novel and live action feature film and MARVELMAN, recently acquired by Disney for their Marvel line.

In 1990 he launched COMICS INTERNATIONAL as an industry trade magazine, which he published and edited for 200 issues before selling the title and moving into a partnership with Roger Noel Cook, to create new ideas for film and TV.

Skinn is also author of several books, including 2003’s Harper Collins hardback COMIX: THE UNDERGROUND REVOLUTION, which was awarded Book of the Week by The Guardian newspaper.

A comment from his mentor explains his never-ending drive: Stan Lee had once said that he felt Skinn’s greatest strength was in producing new ideas and that as soon as he had them fully developed he should pass them on to others so he could move on to creating more.

In constant demand on the lecture circuit, because of his outspoken passion for and belief in education through entertainment, Skinn, whose name was an answer to a BBC-tv Mastermind question. was invited to Abu Dhabi in 2012 to chair a University of New York sponsored debate on LITERACY IN THE MIDDLE EAST IN THE 21st CENTURY.
A highly self-critical perfectionist, Skinn’s personal motto as well as his continuing goal has always been: GOOD, BETTER, BEST... BETTERED.
While Cook is busy refreshing his sun tan, Skinn is available for interviews. Please email to arrange such. 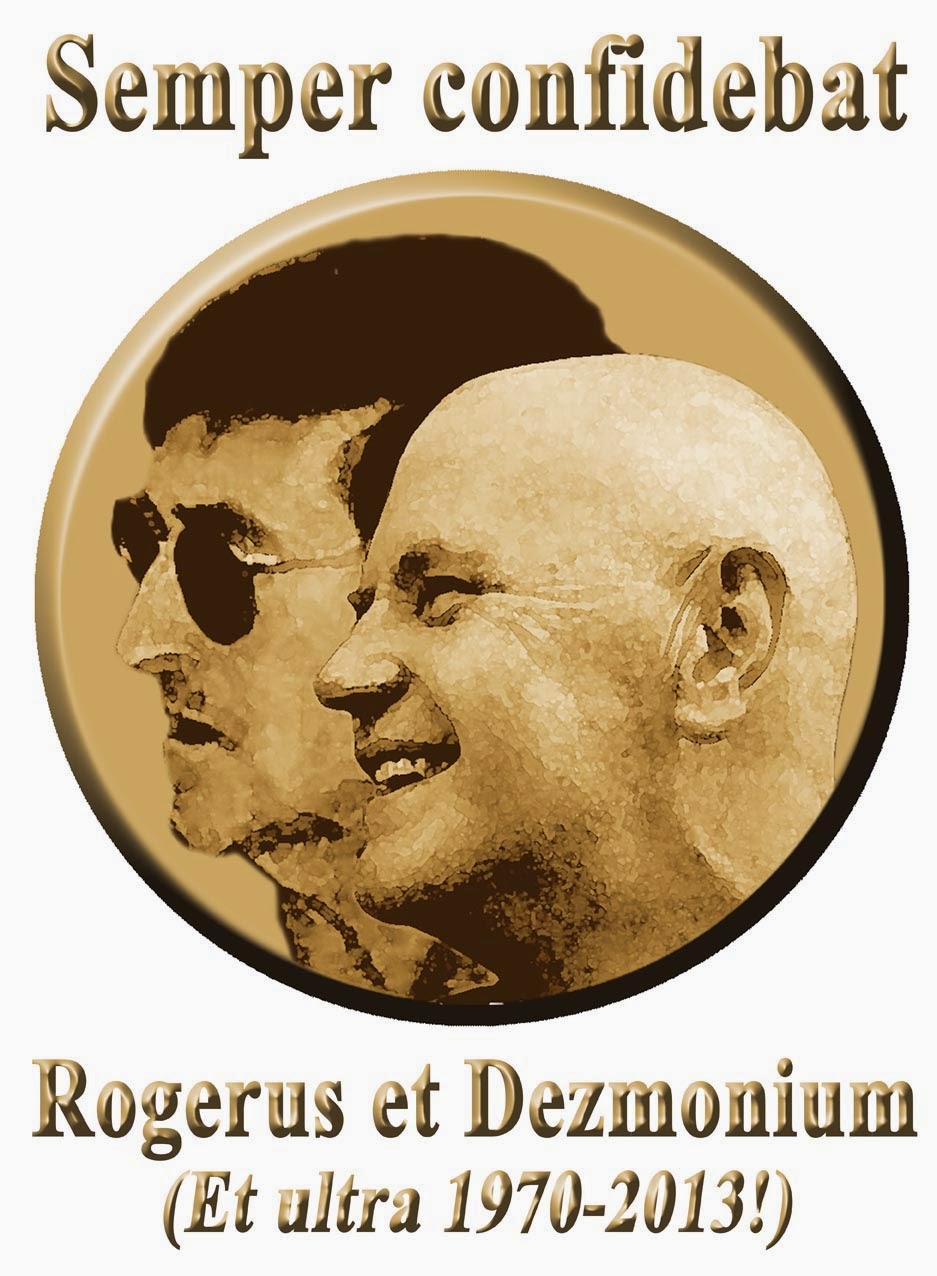