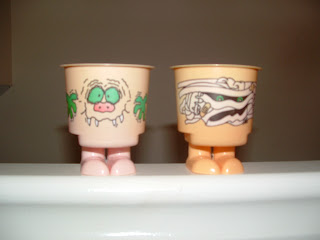 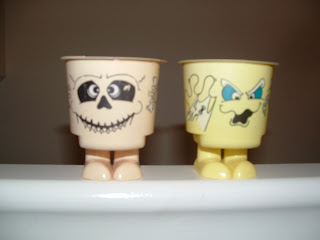 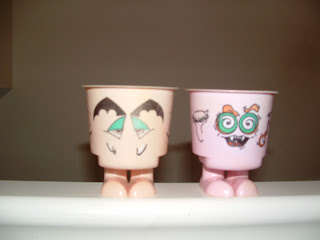 I was talking a freind of mine the other day and looking through some comics he had from the 1980's and I came across one of the adverts for 'Feindish feet' Yogurts, I asked him if he remembered them and he said that he thought he had some of the pots in his green house. Anyway a few days later I went to see him and sure enough he had some, must of been in his greenhouse since the 80's, the pots were a little faded and covered in dirt and dead woodlice inside some of them. He used to have them for his kids to plant plants in, anyway I cleaned them up and here they are.
Posted by Paul at 10:30 pm 8 comments: Links to this post